Education | Sports | Support for the Community 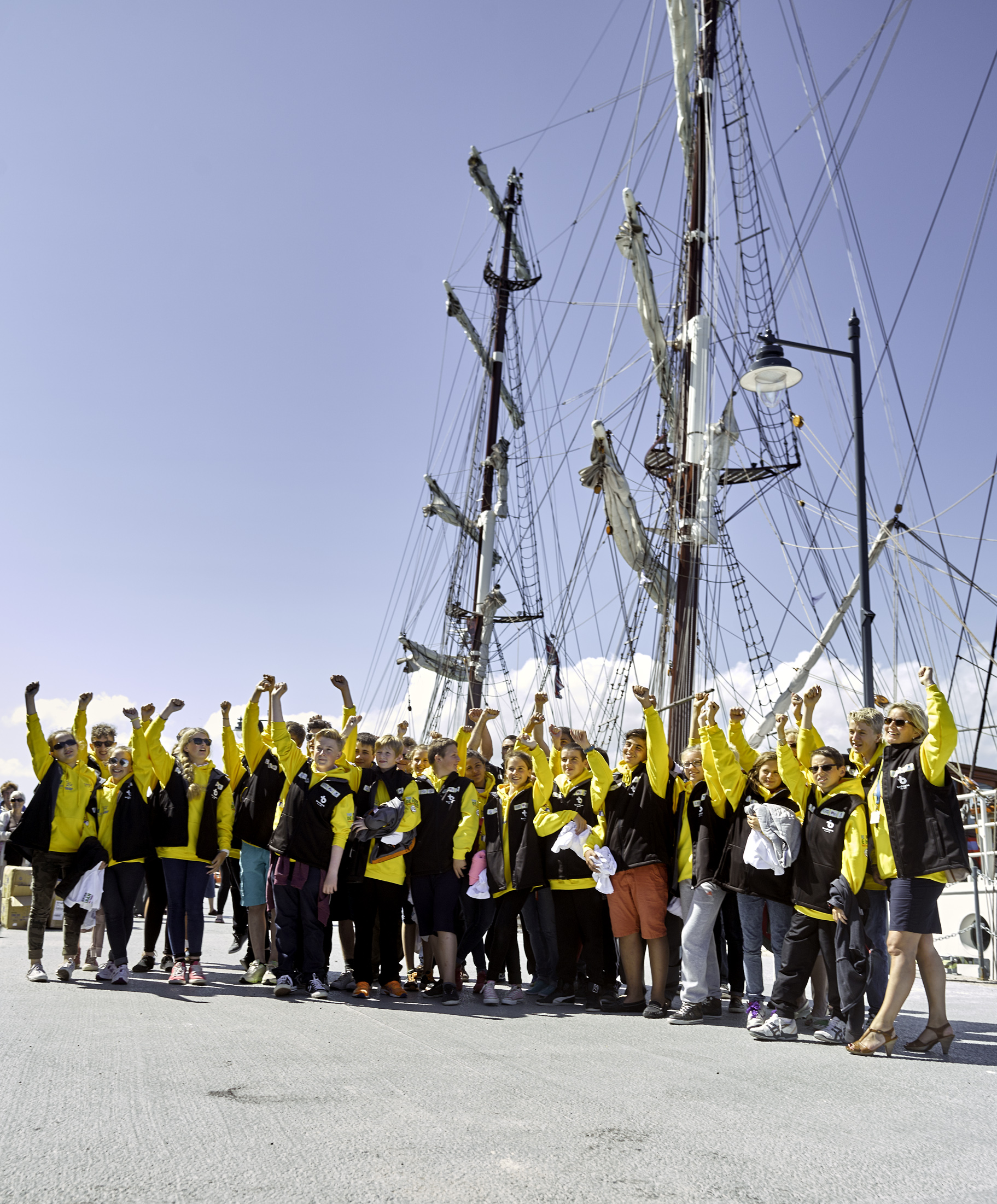 The tall ship ‘Artemis’ sailed into Folkestone Harbour on Tuesday 7 July, bringing a group of teenagers from Boulogne to join counterparts from schools in Shepway at the start of this year’s 5 day “Sailing Voyage”. They were greeted with enthusiasm by a large crowd of friends, family and supporters gathered on the newly-restored harbour arm, which was opened especially for the occasion.

After a short stop, the Artemis and her crew set sail on the rest of their journey, before they make their grand entrance into Boulogne on Friday 10 July as one of the star attractions at this year’s Sea Festival.

The trip is the culmination of a three month programme for Boulogne and Shepway secondary school students, “Le Sailing Voyage”, which aims to develop students’ linguistic, cultural and team building experiences, using sailing and water sports. The project is designed to raise young peoples’ aspirations, improve their self-esteem and self-confidence and to encourage them to work more effectively in groups.

The programme was funded by Shepway District Council, with a contribution of £5,000 from the Roger De Haan Charitable Trust. Eurotunnel also supported the project.

< Back to all news